Recreating the polychrome scheme on the cast iron decoration 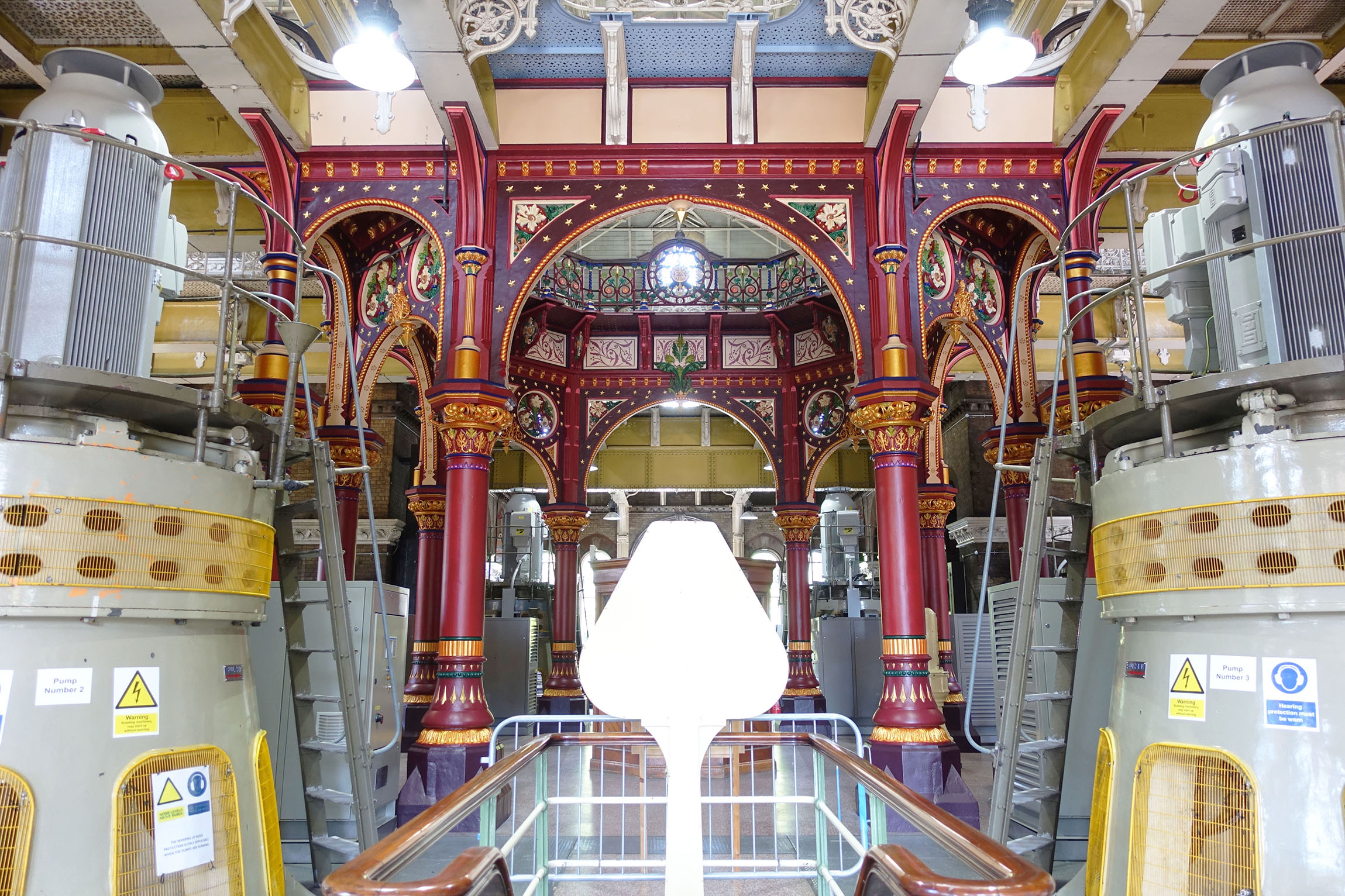 Abbey Mills Pumping Station was built in 1865 as part of the London main sewerage system. The system was designed by Sir Joseph Bazalgette as a reaction to the ‘Great Stink’ of 1858.

In 2015 I painted sample boards showing the polychrome decoration that the pumping station cast iron work would have been painted with when it was built in 1865. These were shown at a presentation to mark the 150th anniversary which was attended by HRH the Prince of Wales.

Working with Helen Hughes who carried out the paint analysis on the Abbey Mills cast iron, a range of colours were mixed, including a number of burgundies, pink, blues and bronze glazes. Leaves and stems were worked in a number of coloured glazes giving a very sophisticated scheme.

In 2018 work started on recreating the scheme in the central octagon of the Pumping Station.

Further investigations work revealed stencil work on panels and underneath arches and these have been included in the recreated polychrome. 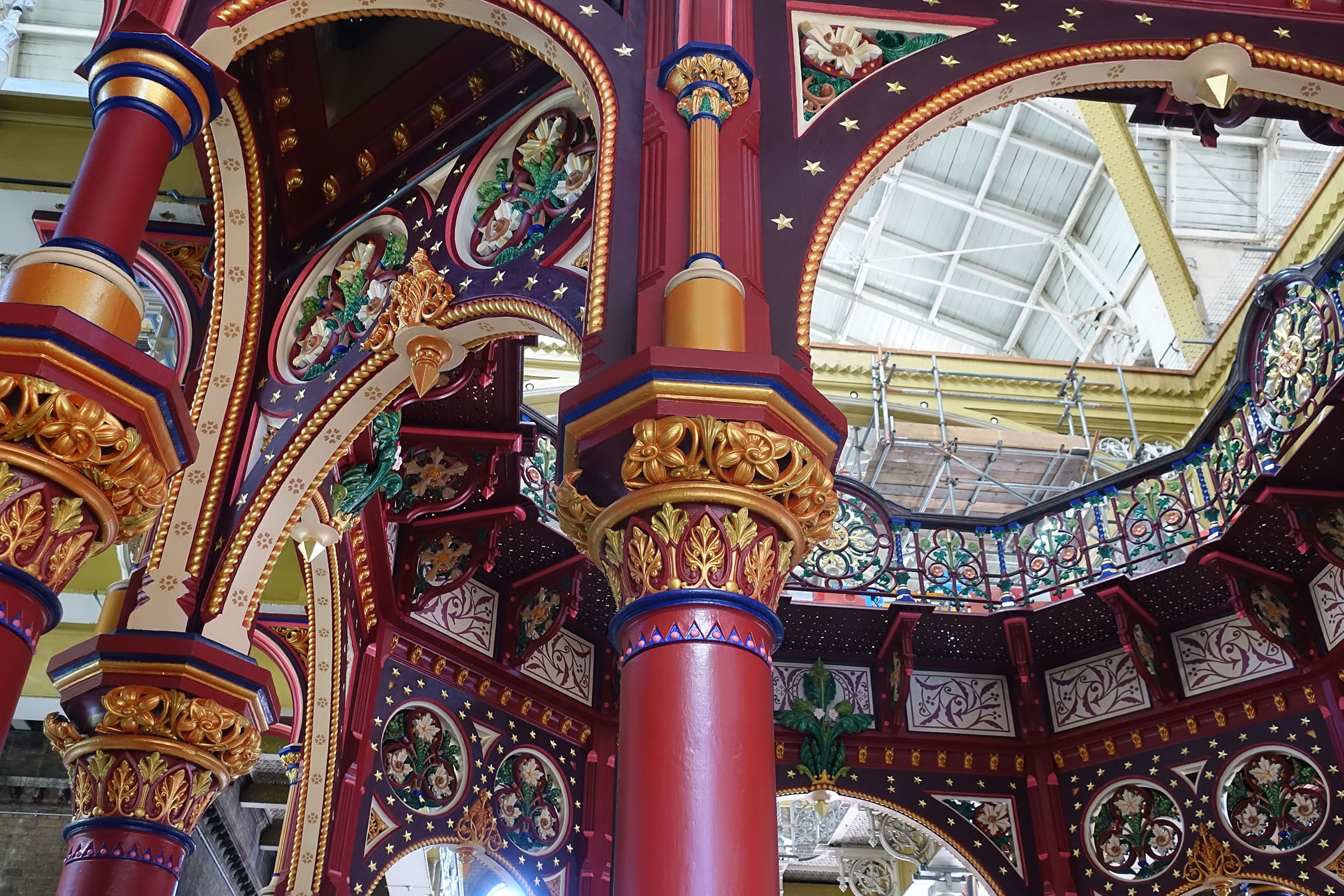 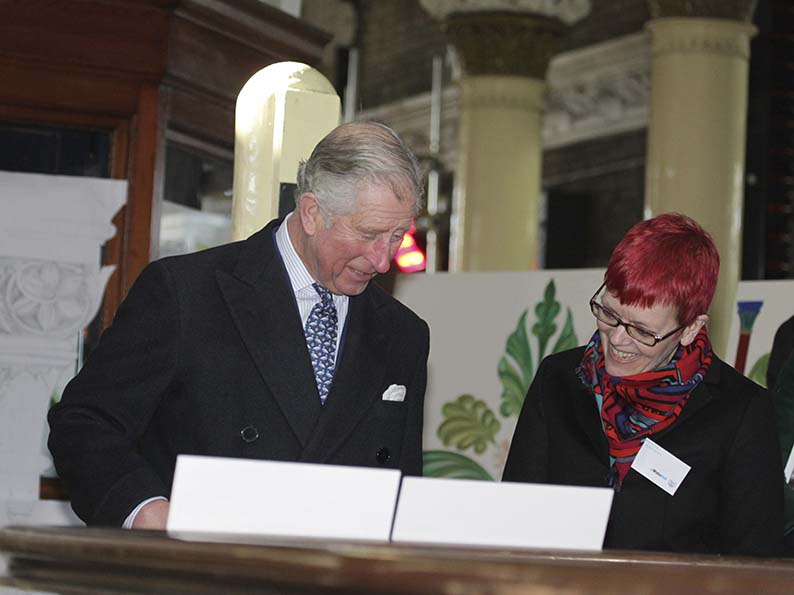 Abbey Mills before work started, sample boards painted for the 150th anniversary visit by HRH the Prince or Wales

Abbey Mills before work started, sample boards painted for the 150th anniversary visit by HRH the Prince or Wales 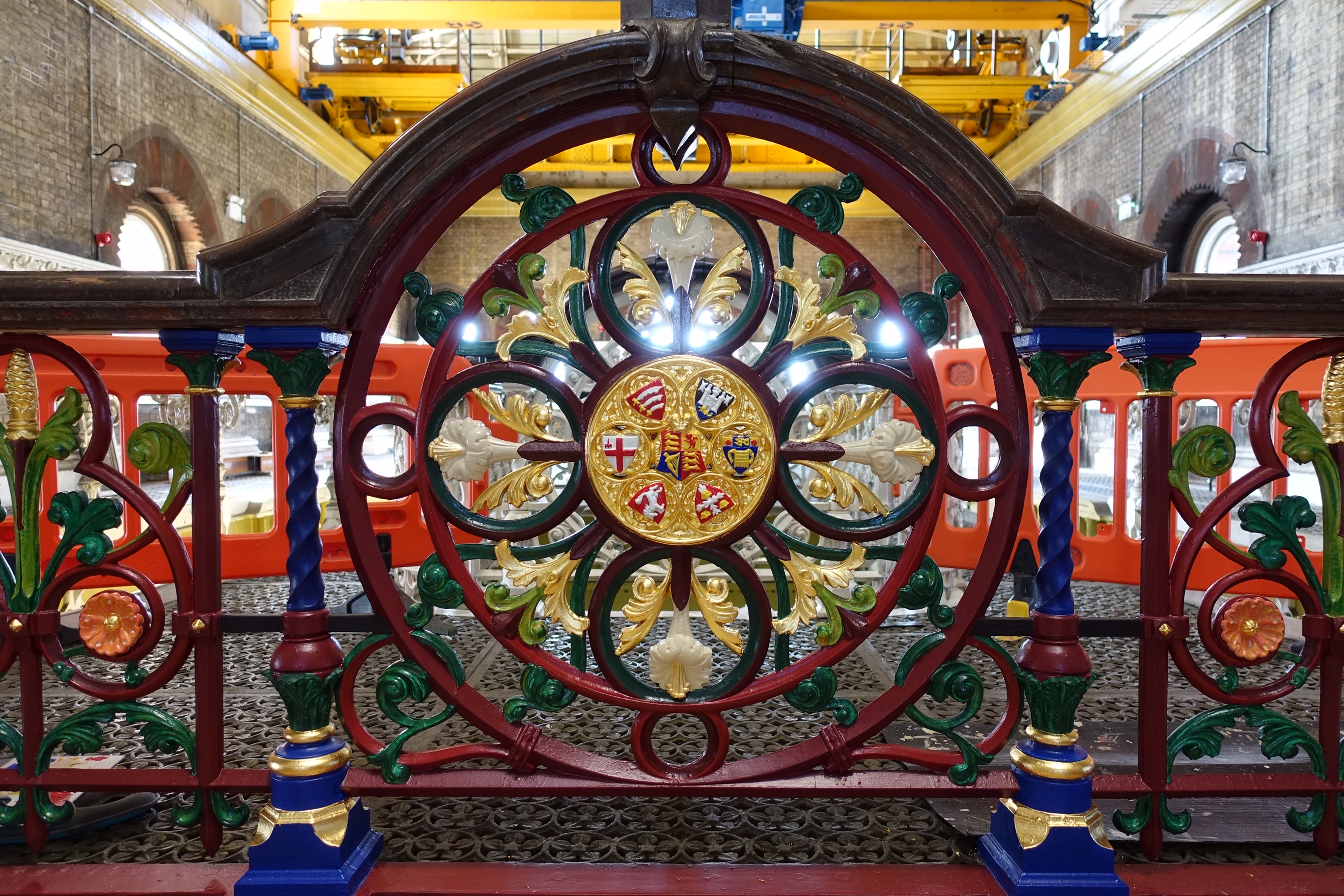