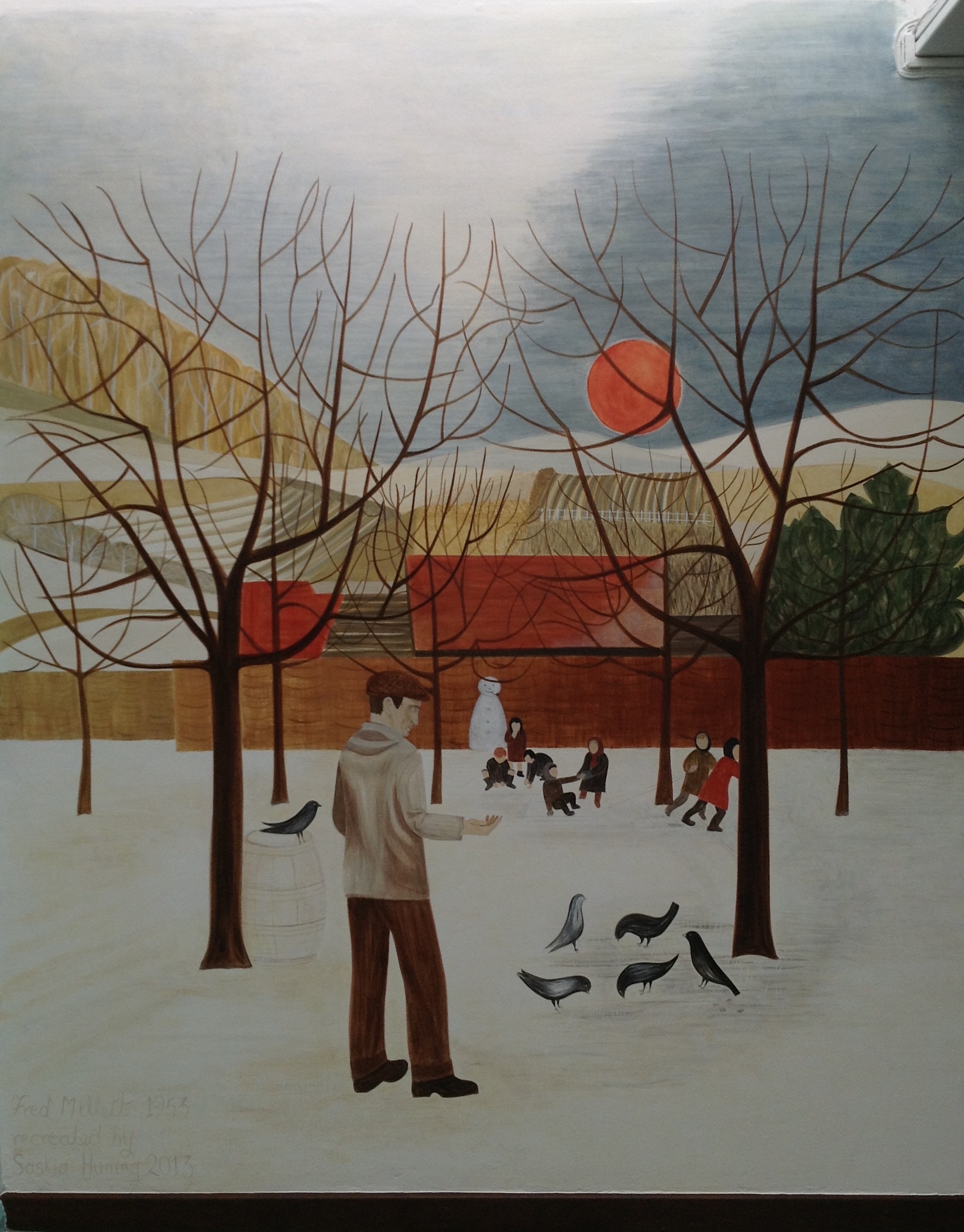 The three murals, Summer, Autumn and Winter were painted by Fred Millett at St Crispin’s School in Wokingham as part of the new prefabricated school which was built in the early 1950’s.

They were painted over in the 1970’s but in 2011 the first mural ‘Summer’ was uncovered by a conservation team from the Perry Lithgow Partnership, followed by the Autumn mural in 2012. It was found that the Winter mural would have suffered extensive damage if it had been uncovered.

In the summer of 2013 I recreated the mural using available archive images and colour reference from some small uncovered areas of the original paintings.

Having worked on the retouching work on the Summer and Autumn murals in the previous two years I had been able to look at the way that Fred Millett painted the murals and having created a full size cartoon from the archive images spent a very enjoyable few weeks recreating the Winter mural. 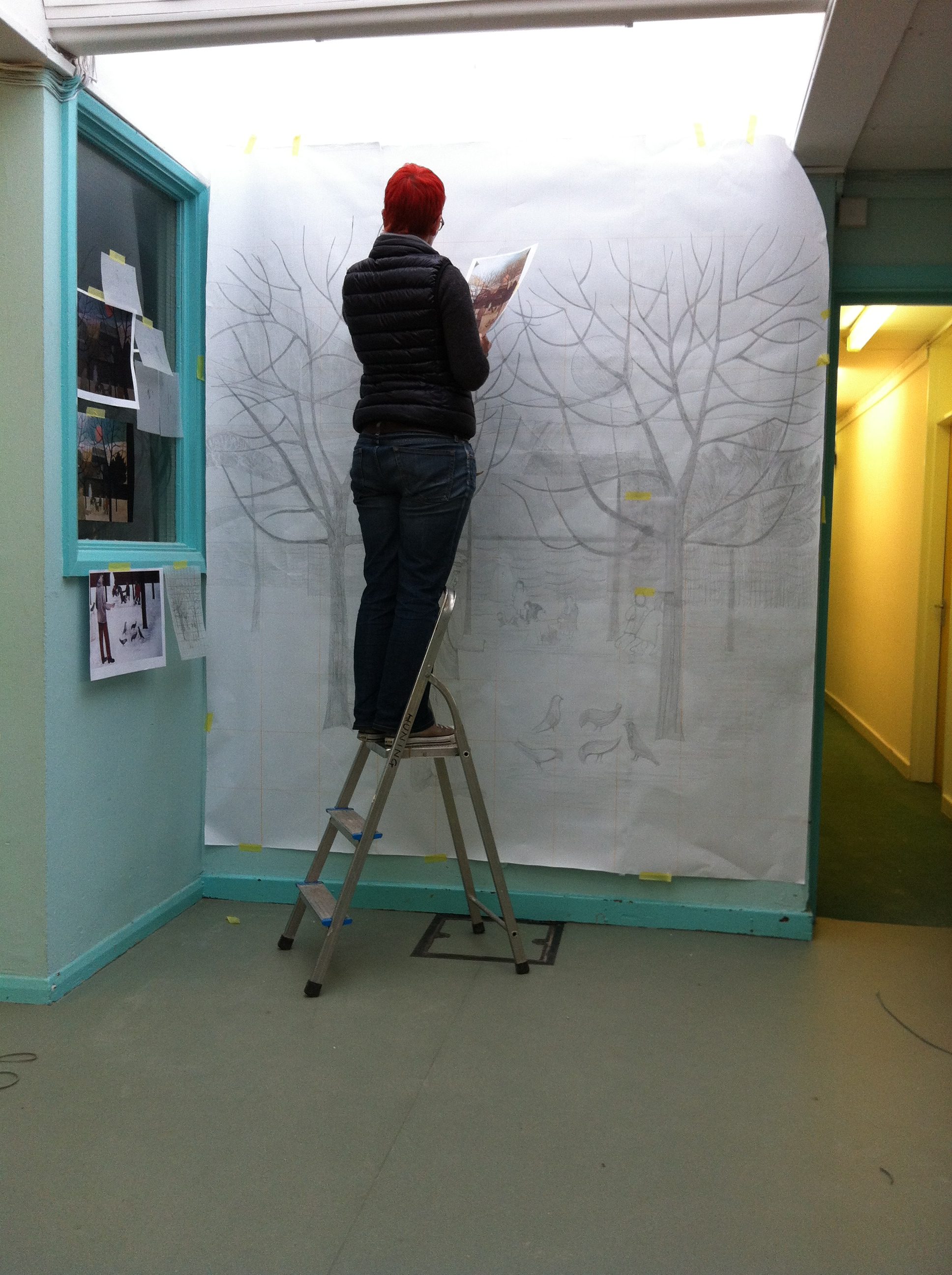 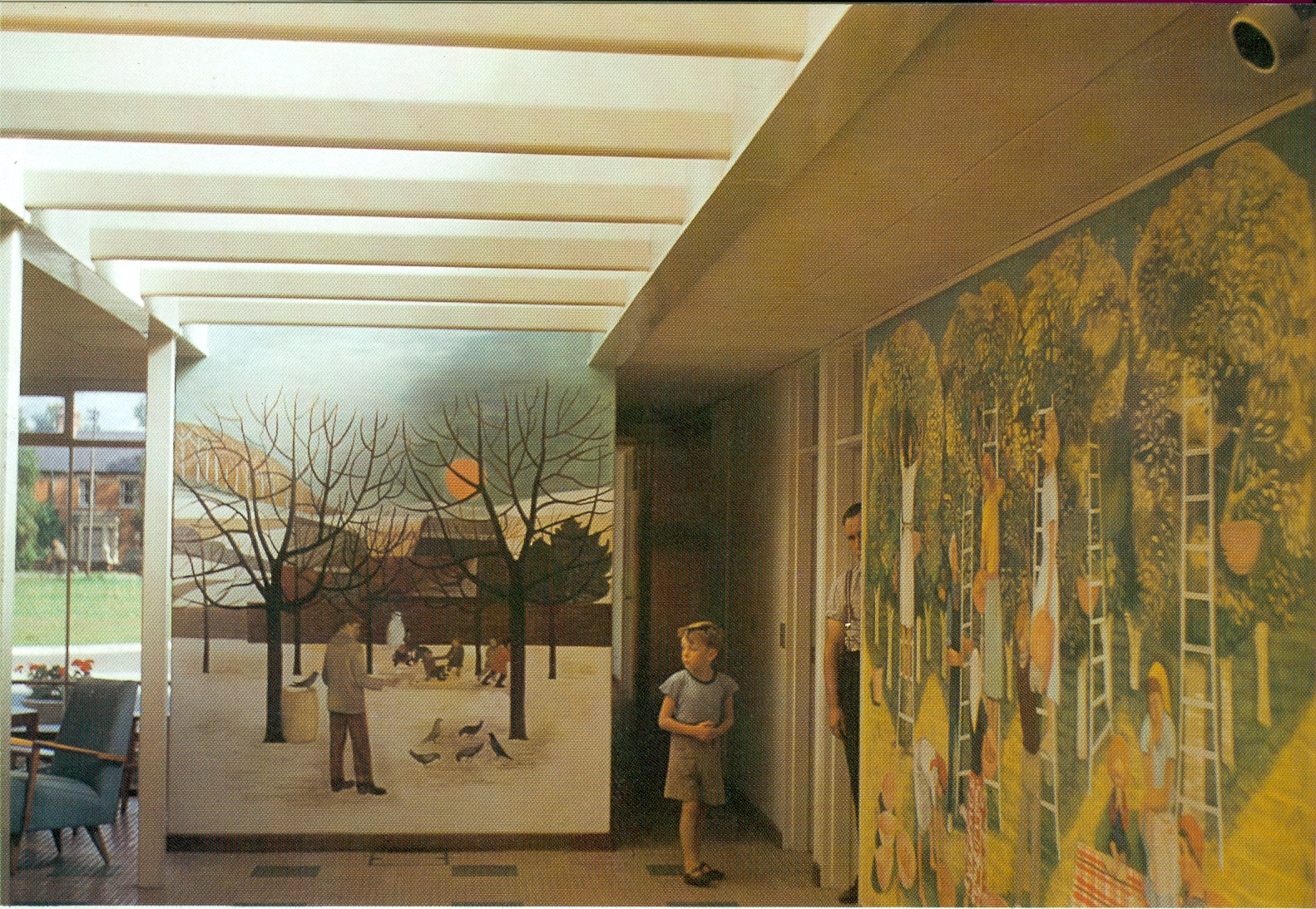 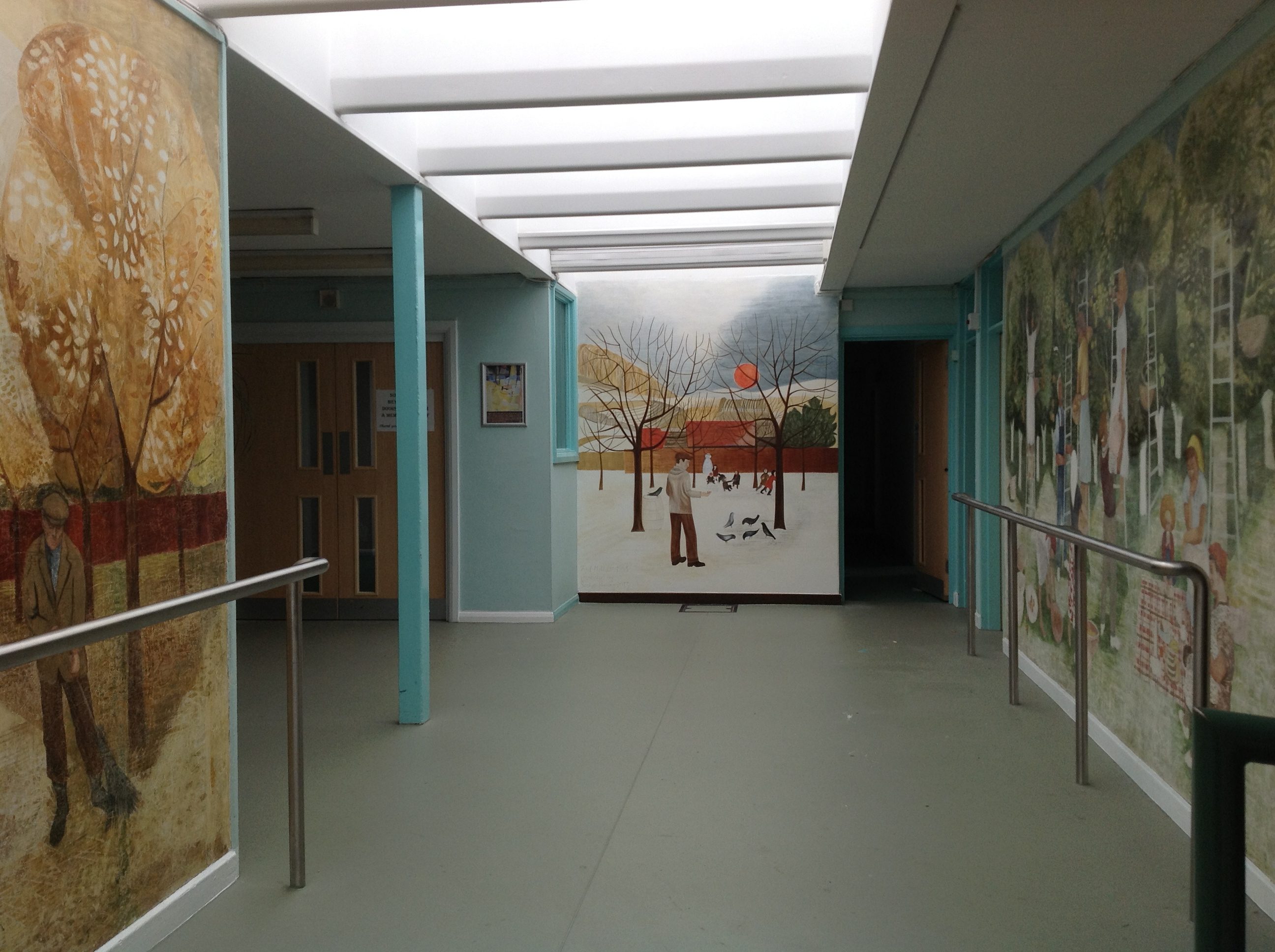 The Life of St Catherine